Someone asked me the other day about how I got into photography. I thought about it for a moment and then gave them the TL;DR version, but I thought that the long version might be interesting to write down just for my own enjoyment and as a memory exercise.

I didn’t grow up in a particularly-photography obsessed household. If anything, we were “snapshot” people with maybe a side of occasional “photography”. My father had a Minolta SRT-101 with a 50mm lens that got lugged on family vacations, trips to visit relatives and various social gatherings, but rarely was his lens focused on anything in an artistic sense. 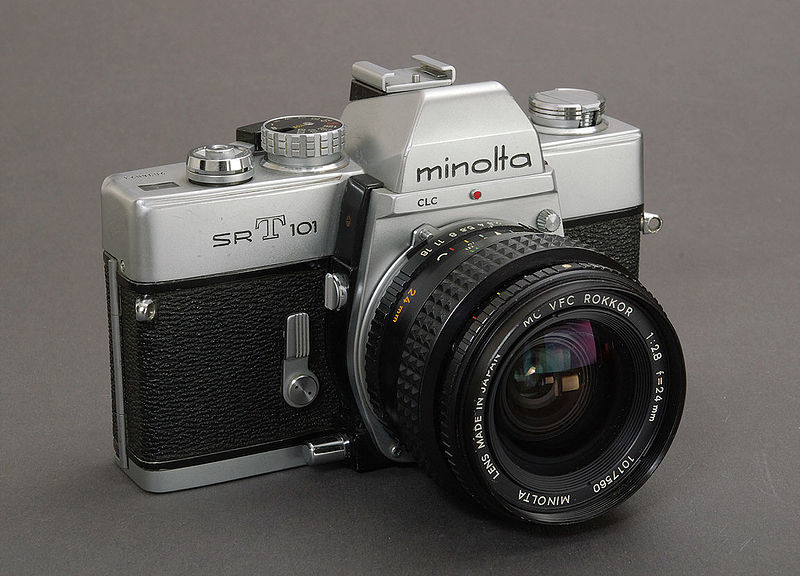 It’s funny how these familial snapshots are the most-treasured photos of our family archive. There are shots from family reunions, trips to float the Frio River, Austin, Hot Springs, Disney World, San Antonio, my grandparents holding my brother as a newborn, our poodle at the beach and even my mom, who hated to be photographed, in the driver’s seat of my dad’s company car. (As a side note, it’s weird to go look at these photos of my parents and realized that in most of them, they were younger than I am now). 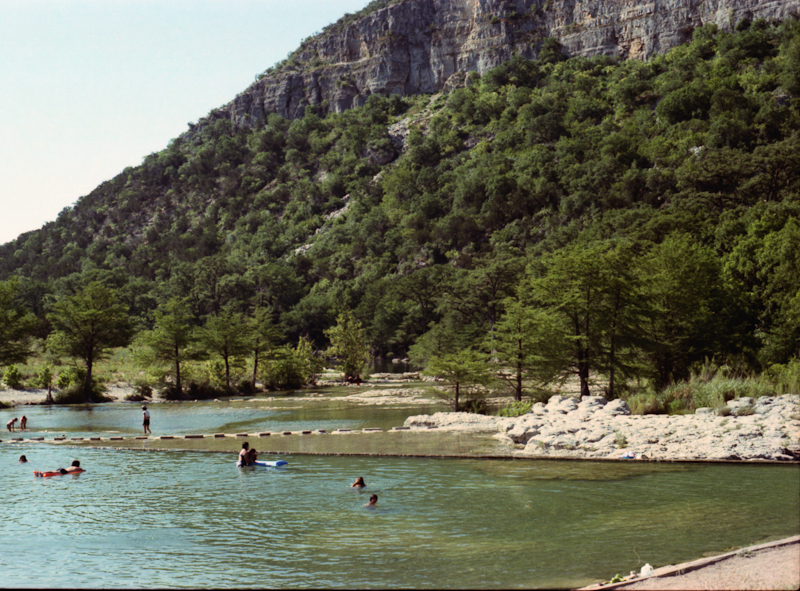 Some of my father’s photos taken with the SRT-101

My first camera was a Kodak Kodamatic instant camera that I received as either a Christmas present or a birthday present in 1985 (the curse of having a birthday in December is that gifts run together as to whether they were of the birthday variety or the holiday variety). This was Kodak’s attempt to copy/better Polaroid with their own instant camera, but its life was short-lived…Polaroid sued Kodak for patent infringement and won. By the end of 1986, the film was off the market, relegating the camera to the dustbin as a historical footnote. I wish that I still had some of the photos I took with this camera, but the truth is, I most-likely didn’t take that many. The film was expensive, so convincing my parents to buy a pack or two for me rarely happened. I imagine that any photos I took were of toys or my mom turning away from the lens so as to not be photographed.

From that time until my junior year in high school, I have vague memories of various cheap point and shoots, including a Kodak 110 camera that my mother had won in a contest (and, embarrassingly, in the misfortunate Eighties color scheme of grey and pastel pink). We never bought into disc film, but I knew people that had. It always seemed like an odd format to me, and from what I remember, the photos were even worse than the crap pumped out by my 110 camera.

In my Junior year of high school, I found myself on the yearbook staff, as it seemed like a good way to use my study period rather than sitting in a room looking at mind-numbing chemistry or biology books. Our advisor, and oddball eccentric Latin teacher (but, then again, aren’t all Latin teachers a bit oddball?) named Mr. Jones got me interested in photography by showing me how to develop my own film and make prints in the darkroom. Side note: I’m certain that now, twenty-something years later, an oddball Latin teacher locked up in a darkroom with a student for hours-on-end would raise more than a few eyebrows and would probably not be allowed, but times were simpler then and people were more trustworthy.

Borrowing my father’s old SRT-101 with its 50mm and a cheap Vivitar zoom lens, I would take my photos for the yearbook, carry the film to the darkroom, load the reels and put them in the tank and let the D-76 do its work. After fixing and washing the negatives, I’d inspect them as they hung to dry, wondering which shots turned out best. After a while, I became skilled enough to mentally invert the image on the negative and was able to determine with fair accuracy the best shots before I even made a contact sheet.

By default, I became lead photography/editor for the yearbook my senior year. I augmented my commandeered SRT-101 with a new grey-market Minolta 3xi with a kit lens, purchased from Abe’s of Maine (via phone call, as this was before the Web and eCommerce and Amazon Prime). We had a new yearbook advisor who happened to be a close family friend and was enthusiastic about photography. He augmented our meager darkroom with new equipment, including a better enlarger, a proper lightsafe for our paper (no more keeping it inside its envelope on a shelf!), a bulk-loader and various other odds-and-ends. He also, out of his own pocket, make sure we had plenty of paper and bulk rolls of film. We’d load our own film cartridges and quickly discovered that you could load roughly twice as much film onto a roll than what was standard, so instead of carrying maybe 10 rolls of 36 exposures to an event, we’d just carry 5 of roughly 70 exposures, which saved time as we didn’t have to reload as often. The one problem with this approach was that you’d have to cut the length of exposed film at roughly the midpoint in order to fit it on the developing reel, so it was always a crapshoot as to whether you’d cut a particulary-great or important frame in half. And, about 75% of the time, it was a great shot that you’d end up with half of on one strip of negatives and the other half on the second strip. 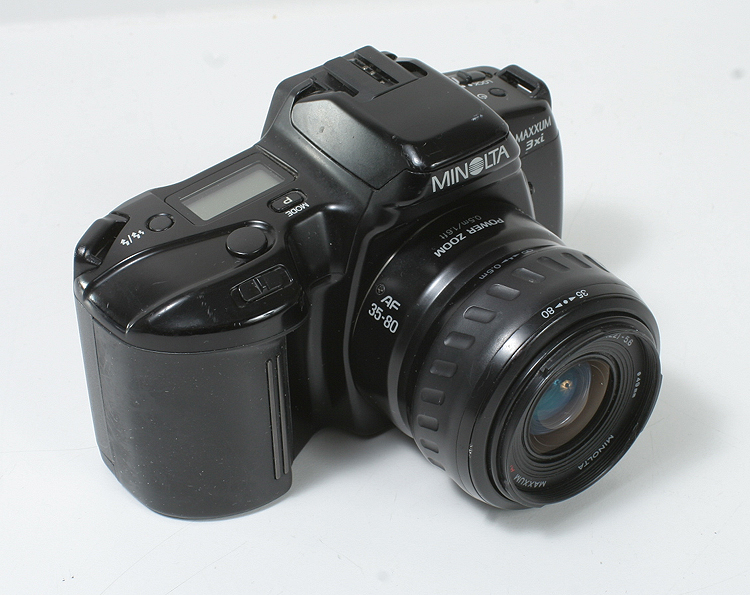 We’d print our photos on 4×5 paper cut down from 8×10 sheets (to this day, I can still remember the smell of Dektol permeating everything in the poorly-ventilated darkroom of our high school). There was something magical about watching the image appear as the paper soaked under the red safelight…something that younger photographers who’ve only ever experienced digital have missed out on.

I still have all of the contact sheets and negatives from my Senior yearbook. I’ve scanned some of them and hope to eventually complete the entire lot, but it’s been slow-going and not a huge priority, as I’ve also taken up the task of scanning ever single negative that I could find at my parents’ house. This includes all of those snapshots mentioned above as well as hundreds of slides from my grandparents’ various travels to such places as Europe and Alaska.

A couple of scanned slides from my grandparents’ travels to Paris.

After high school, I went off the college and stopped doing photography for a few years. I was a poor college student and couldn’t afford to “waste” money on film or developing as I didn’t have access to a darkroom. However, during my Junior year, I took a photojournalism class and this granted me access to the magical darkroom once again. I broke out my 3xi and started taking photos for class, as well as making new prints of treasured photos from high school.

This is also where I first got to use an early version of Photoshop, digitally touching up photos scanned with an early Nikon Coolscan. The primitive, by today’s standards, tools in that ancient version of Photoshop were still miles ahead and easier-to-use than using a fine-pointed brush and ink to correct dust spots and negative scratches as we’d had to do when I was in high school. Not to mention being able to correct color or levels instantaneously. I still use a lot of the Photoshop skills I learned almost twenty years ago to this day, correcting my digital “negatives” in much the same way.

Alas, that photojournalism class only lasted a semester and once it was over, I was without access to a darkroom and once again couldn’t justify spending money on film and developing once again. So I just stopped taking photos and went on with my life, graduating and starting a career. Though, all the while, I kept telling myself “One day, I’ll build a home darkroom and start photography again”.

But as time wore on, I never got around to it. Then, one day I was visiting my parents and my dad showed my his new “toy”. It was an early Olympus Camedia digital camera. It was 2.1 megapixels and stored its tiny (by today’s standards) image files on the now-obsolete SmartMedia cards. Having just carried my 3xi to Toronto for a long weekend and paid for several rolls of film to be developed from that trip, I appreciated its relatively-small size and the fact that you could just plug it into the computer and pull your files over. Who cared if the color was weird and the resolution a bit on the small side? So, for my next trip to Toronto, a year later, I borrowed it and was pleased with the portability and the images. 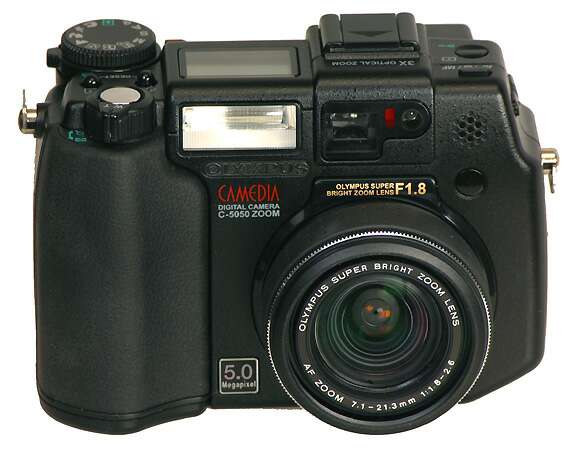 In 2005, I broke down and bought a Olympus Stylus 600 point-and-shoot, which, although only 6 megapixels, served me well for a couple of years, accompanying me yet again to Toronto and to Las Vegas and to various gatherings. It was the ease of using this camera without having to buy film and get it developed to enjoy my photos that reignited my love for photography.

So, in 2007, I bought my first dSLR, the Canon 400D/Rebel XTi (no doubt the first camera for a lot of people). In August that year, I started my photoblog (and have posted a new photo everyday since then). In 2009, I bought a Canon Powershot S90 to be a “daily carry” type camera. This little camera, though now somewhat-dated, is a powerhouse. Full manual controls, little shutter-lag and the ability to output Raw files has ensured that I still use it on occasion to this day, almost five years later. In 2011, I retired my XTi for a 60D, which I supplemented with a Fujifilm x100 in 2012. Then, in 2013, after having, within the span of a few months, lugged my gripped 60D with heavy L lenses to Jamaica, Canada, Grand Cayman, Alaska and Mexico, I decided it was time to look into a mirrorless system. Having been pleased with the x100, but feeling limited by its fixed focal length, I looked at both Micro Four-Thirds and Fujifilm’s X-mount systems. I eventually decided on Micro Four-Thirds with the Panasonic Lumix G6, despite its smaller sensor, simply because there were more lenses available in the system and lingering doubts about Adobe’s ability to properly render xTrans raw files in Lightroom (though I’ve been kind of drooling over the x-T1 since it was released).

Which brings us to today. I’m still blogging new photos daily, but I’ve also been shooting a lot of those “snapshot”-style photos (my nephews or our dog, Winston), with my iPhone 5S. The camera on this phone is stunningly good and I’ve been using it to post to Instagram fairly often. Will an iPhone ever replace my cameras? Probably not, but you never know what the future holds.